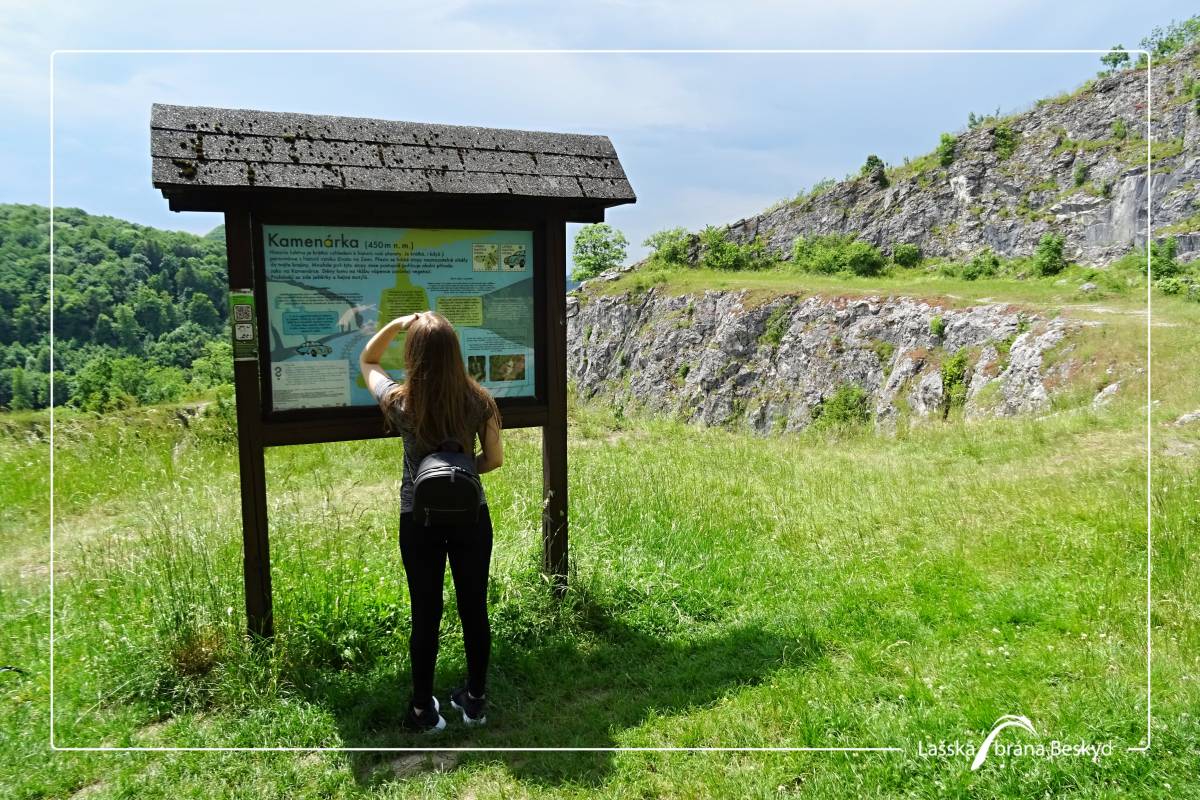 In Kamenárka (450 MAMSL), limestone began to be quarried in the Middle Ages. Lime was burnt in the field furnaces directly at the mine place. In the mid 19th century, a rail track was built, after which the excavated limestone was transported by gravity into the furnace at the place of today's Štramberk's railway station. Limestone quarrying started to decline in Kamenárka when the Guttmann brothers began to mine limestone on the slopes of Kotouč Hill in 1880 and when Štramberk connected with a railway track to Studénka a year later.

The locality of Kamenárka was declared a natural monument in 2001. It is the last freely accessible demonstration of blocks of Štramberk's tithon limestones preserved in an old quarry. The occurrence of certain protected species of plants and animals is linked to the geological substrate. There are plants that like calcium and drought. On the rock walls we can find for example Asplenium, Melica, Spring Cinquefoil and also Stonecrops, Dianthus, Cornflowers, Sages, etc. Thermophilic grasshoppers or Blue-winged grasshoppers bask in the sun. The Apollo, a critically endangered butterfly, lives here. The European wall lizard and endangered Smooth snake are some of the rarest inhabitants of Kamenárka.

Looking down at the bottom of the quarry we can certainly be amazed by the number of inscriptions and images in the patchwork of white limestones. Human nature probably includes a desire to leave behind something in the places that we visited. And so the groups and individuals try to put together simple or complex shapes. These shapes change over time, because the material is limited and new visitors want to perpetuate something new here. It is certainly better than writing their own inscriptions on the rocks.

Štramberk's Mountain Apollo
It sometimes happens that one kind of animal is alone in one place for a long time, separate from others. After a very long time, this species is a little different than others in distant locations. We call such a species endemism. This happened with the subspecies of the Mountain Apollo, who lived here in Kamenárka and around Štramberk. In the 1930s this butterfly was exterminated. Limestone quarrying and collectors, who needed to have it in their collection, were fatal for it but the change of landscape bothered it the most. The pastures and with them the Stonecrops that its caterpillars need disappeared.

The recurrence of this protected species in Štramberk is the result of the reintroduction of this butterfly carried out by the Czech Union for Nature Conservation in Štramberk in the 80's. Butterflies gradually multiplied from caterpillars imported from Slovakia in 1986. In the 90's there were more than 1000. It is still necessary to monitor and care for the locality of their occurrence.

The Apollo is a critically endangered species that occurs insular from southern Spain through Central Europe, Scandinavia, Siberia and Mongolia, it can live at altitudes of up to 1800 m, it is considered a Tertiary relict (the species that has survived from the Tertiary to the present day) and it is one of the largest Czech daily butterflies. The wingspan is 50-95 mm. 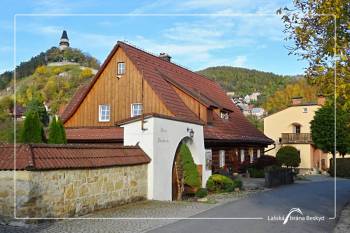