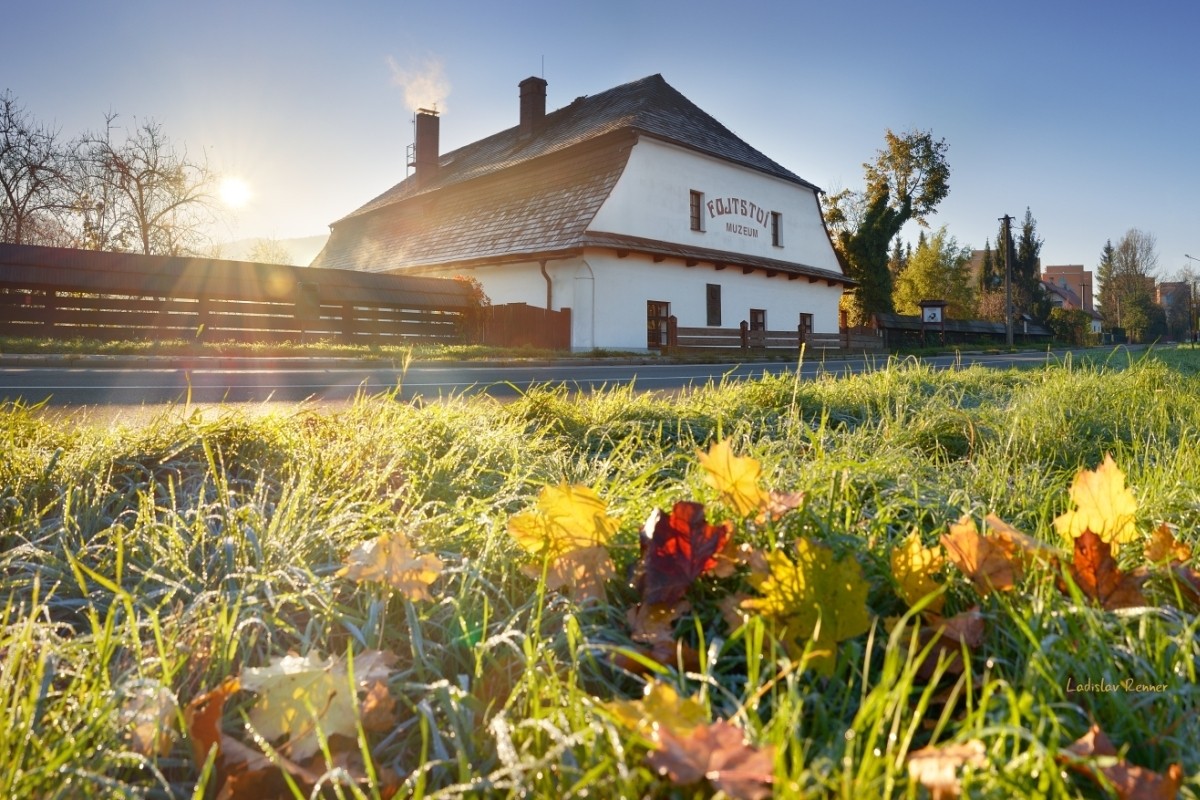 The Reeve’s  House Museum - Fojtství Museum (345 MAMSL)
In 1822, in the building of the former Reeve’s House , Ignác Šustala was born. 28 years later he constructed the first buggy, thus laying the foundation for today’s world famous automobile manufacturer Tatra. We can see several coaches from Šustala in the original barn next to the Reeve’s House, which today houses an exhibition dedicated to the history of Kopřivnice. The upper floor, once the granary, now serves as a gallery.

The first mention of the original wooden building dates from 1576. In 1789, the wooden building was demolished and Jakub Šustala built a house of bricks. Ignác Šustala, the founder of a carriage factory was born here in 1822. He began with the first craft manufacture of light buggies, subsequently of luxury carriages at this place in 1850 and so he formed the basis for the later famous car manufacturer Tatra. The former bailiff's house (hereditary house) is currently the only restored building of the feudal character in the Kopřivnice region. In the years 1985-1990, the building of the bailiff's house was renovated and a museum was founded here.

The founder of the carriage factory, Ignác Šustala, was born here in 1822. The permanent exhibition in the museum is devoted to him and some other important Kopřivnice compatriots.

Archaeological and ethnographic collections are concentrated in the museum. There you can see a replica of the so-called Šostýn Venus. The original dates from the early 14th century and it was found at Šostýn Castle. A varied collection TATRA cars and trucks, manufactured from 1897 until today is located in The Technical museum TATRA in the town center. Exhibits of carriages are located in the bailiff's barn next to the building of today's museums.

Old cemetery
Along the trail you can get to the old Kopřivnice cemetery, which builds on a building of the museum. The cemetery is a registered cultural landmark. According to the parish chronicle, a wooden church built of fir wood stood in the middle of the cemetery back in 1567. The reason for its demolition was its age, the rotting inclined tower and insufficient capacity, believers could not come inside and stood during the worship in front of the church. A foundation to obtain funds for the construction of a new church was founded by the first parson, Rudolf Vícha. Suitable land was donated and they also received considerable support from the former Archbishop of Olomouc Theodor Kohn.

The wooden church from the 16th century stood in the middle of the cemetery until the year 1896. A tabular altar and an altar bell from the original church are also in the exposition of the museum.

The capacity of the old cemetery near the original church was filled, and therefore a new cemetery was established. From the 1950s to the 1970s, the old cemetery was continuously devastated by vandals under the indifference of the National Heritage Institute, tombstones were stolen and cast-iron crosses (mostly made in Frýdlant's smelters) were taken for metal collection.
The sandstone tomb of the Raška family - former owners of the Kopřivnice factory for earthenware.

Later, the cemetery became a park. The family tombs of two important Kopřivnice families are preserved there. The family tomb of the Kopřivnice entrepreneur, Adolf Raška, stands against the wall directly opposite the entrance on the south side opposite the former cemetery. The sandstone tomb is built in the neo-Gothic style and dates from the 19th century.

Right from it, on the southwestern edge of the former cemetery stands the neo-Gothic chapel which is the family tomb of the founder of the carriage factory, Ignác Šustala. It was built in 1891.

The historically valuable marlstone cross of the founder of the first Kopřivnice factory for earthenware, the mayor Ignác Raška, who died in 1824, and two sandstone crosses, which according to legend were built on the graves of Napoleonic soldiers who apparently died in Kopřivnice, are among the notable tomb crosses, which are now located in the area of the Bailiff's House.

Old Kopřivnice
When looking at panel buildings, around which the trail leads on to the center, few people think that there were half wooden small cottages with flowering gardens and old fruit trees there just fifty years ago. Only black and white photographs in the Bailiff's House museum remind us how old Kopřivnice looked before it was decided to redevelop it and build a new type of housing.

A picturesque cottage like from a fairy tale, which obviously did not belong in this place, was recently hidden on the trail along the small river Kopřivnička, in a grove composed primarily of deciduous trees. It was the last cottage (house No. 133) from the old Kopřivnice, in which the family of a significant ethnographic worker and a founder of the Lachian Museum in Kopřivnice, a compatriot Emil Hanzelka, lived. He was a true local patriot in the best sense of the word. He dedicated his entire life to ethnography and the rescue of historical monuments in Kopřivnice and in the surrounding area. 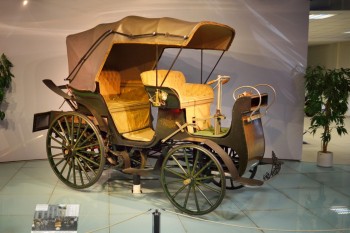 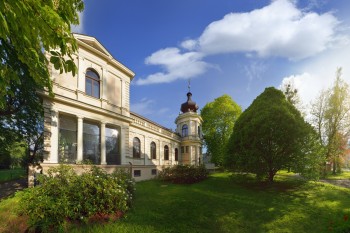