DESCRIPTION OF THE ROUTE

Along the Lachian nature trail route from the train station in Kopřivnice (A) to a train station in Štramberk (D) – the length of this route over the top of Červený kámen (Red Stone) is approximately 11,5 km.

The route can be shortened, so that you will not go along the nature trail from Janíkovo sedlo (Janík's saddle) (B) , but more to the right along the forest path (so called Circuit Way), that leads you after 700 meters to the slope (C) – Signpost Pod Červeným kamenem – and here you rejoin the Lachian nature trail route. Along it, you will walk to the train station in Štramberk (D) – route length without the top of Red Stone (Červený kámen) is about 8 km.

From there, you can return through the town to the trailhead (e.g., along the bicycle path around Kopřivnička, where you will meet with the nature trail again that leads you around The Bailiff’s House Museum - Fojtství Museum and the Church of St. Bartholomew to the train station (A) in Kopřivnice (ca. 2 km), or you can use the train.

SURFACE: street, path for pedestrians and cyclists, footbridge over the tracks

OTHER TRIPS AROUND ŠOSTÝN CASTLE

A trip to the castle ruins of Šostýn

Circle trip "Around Šostýn I" 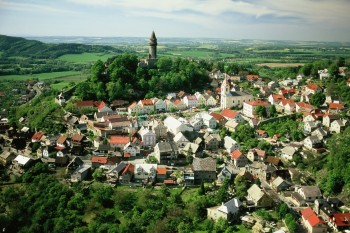 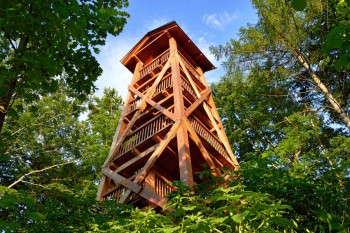 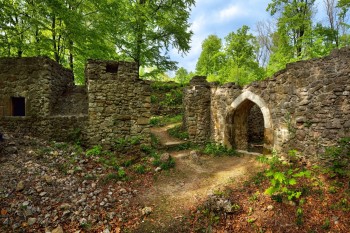 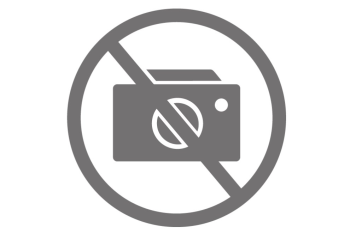 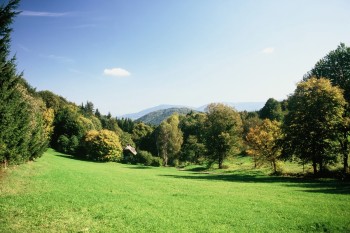 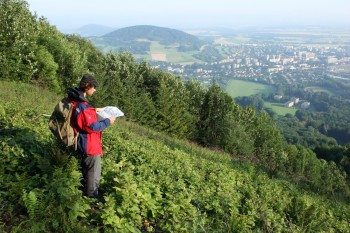